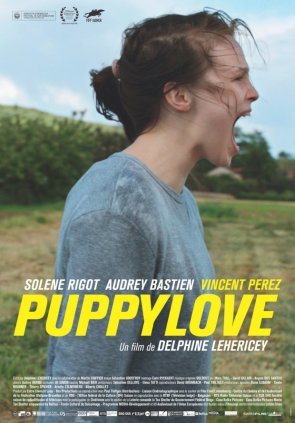 Rating: C/ Puppylove opens with two 14-year-old kids preparing to have sex. The awkwardness and authenticity of this scene made me think the movie itself was going to be more realistic than it was. But no, the ick factor of this film goes way above and beyond a realistic amount and into a level of ridiculousness. Let me explain. The girl in the movie, Diane (Selene Rigot) is a young teen and looks barely old enough to be weaned off Barbie dolls. She also seems to be in love with her ineffectual father (Vincent Perez) (Freud would be proud.) At the beginning, we see the girl, Diane, befriend Julia (Audrey Bastien,) the remarkably self-possessed nymphet daughter of overbearing intellectual parents who is all too aware of her effect on men.

We continuously see Diane in various states of undress, which isn’t of itself a bad thing. The body is natural, and Americans are way too uptight about minors and nudity. However, Diane also finds herself in a multitude of skeevy sexual situations, which is where I started to get a little… concerned? I’m glad we have a teen movie where the teenagers look about the right age and not, say, thirty, but there is also a moral issue here. At one point Diane lies next to Julia while Julia has sex with a guy from the bar. Her willingness to lie there while two people have sex next to her seemed implausible to me, added for illicit shock value alone. There’s a lot of these moments in this movie.

It is also implausible that every man in the movie (including Diane’s father) only needs a little coaxing to go to bed with a fourteen-year-old child. I have no doubt there’s many men whose penis would speak louder than their brains when dealing with a curvy, attractive young teen, but not all men are like that and the movie does guys a disservice by acting like they are. Diane’s dad, Christian, is way too gormless in this movie. Diane actually directs foul language at him and he barely even reacts. He exists to please, until he finally shags Diane’s best friend in an exasperating scene that seals it that every man in this movie is a complete pig.

The only good thing I can say about this movie is that it portrays female sexual frustration, which is a rarity in a world of movies about men’s perception of sex. Also, the acting is competent. The actress who played Diane was effective enough to make you feel protective of her, but it helps that she looks so young and vulnerable. If the director meant to make me uncomfortable seeing Diane in various sexual situations with men twice her age, she succeeded. On the other hand, if she (why does it make me feel better somehow that the director was a woman?) wanted to show me some great truth about growing up, then she has sadly failed. It’s clear that the lady who made this movie doesn’t have a very high opinion of men, or her audience for that matter, inflicting this pedophilic, exploitative nonsense on her viewers. Not for general consumption. 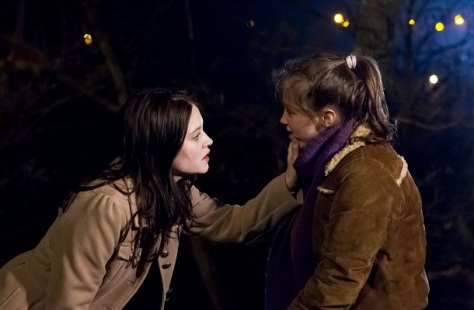