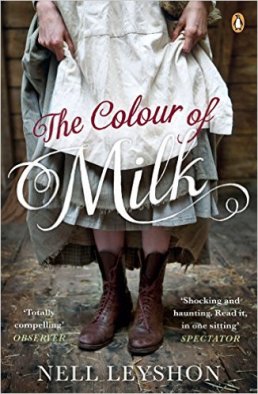 Rating: A-/ I can’t remember the last time I felt this emotionally drained after reading a book. It’s a tricky business to write a novel in an intentionally childish and grammatically incorrect style so as to capitalize on the narrator’s illiteracy, but I think this book pulled that off wonderfully.  Although that sounds like it would be difficult to read, I found myself getting pulled into the pragmatic and plain-spoken heroine, Mary’s world without too much confusion. Moreover, I fell in love with Mary’s voice and, withholding spoilers, it broke my heart that things didn’t work out better for her than they did. END_OF_DOCUMENT_TOKEN_TO_BE_REPLACED 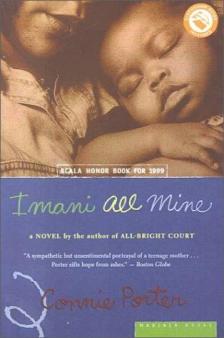 Rating: A-/ Wow. This is one heartbreaking story. If you want to read this book but have doubts because the subject matter might be too hard to cope with, be forewarned, it only goes downhill from here. There’s so much pain in Imani All Mine, to the point where the moments of hope and redemption hardly seem worth mentioning. I knew that this was a dark book, but I didn’t see the tearjerker of an ending coming, it blindsided me. I think this book is a work of art. It combines dialect with lyricism to powerful effect, without feeling false or untrue to the character’s voice and education level. END_OF_DOCUMENT_TOKEN_TO_BE_REPLACED 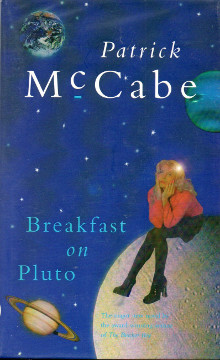 Rating: B+/ Call me crazy, but I count Patrick McCabe’s 1992 novel The Butcher Boy among my favorite and most influential books of all time. Sure, it’s Bleak with a capital B, but it turned me on to my current fascination with books featuring unreliable narrators. It was made into a 1997 movie by Neil Jordan, and while it was surprisingly good with a convincing performance by Eamonn Owens as the book’s mentally disturbed narrator, Francie, some of the book’s brilliance was lost in translation. END_OF_DOCUMENT_TOKEN_TO_BE_REPLACED 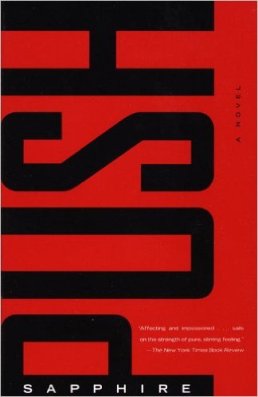 Rating: A-/  There is occasionally something cathartic about reading books that are real downers, if they are well done. A truly bleak book does something that a funny or light book can’t, which is to put the shittiness of the reader’s life into perspective. If nothing else, Push by Sapphire, an excellent book that was also made into an excellent movie called Precious, will make you want to hug your mom and buy her flowers. Whatever issues you might have had with her at the moment, by the end of this book you’ll probably be buying her free passes to the spa so she can treat herself. END_OF_DOCUMENT_TOKEN_TO_BE_REPLACED 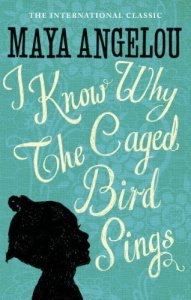 Esteemed poet and memoirist Maya Angelou chronicles her life from lonely, isolated black girlhood to sexual awakening and teen motherhood in this sad, poetic true-life account. Little Maya never believed much in her own self-worth, and racism was as rampant in the small community of Stamps, Arkansas, that she lived in with her Grandmama and disabled Uncle Willie as the wrenching poverty of both blacks and whites. Her unwavering sense of fatalism  forced her into the belief that she would live a brief, harsh life of subjugation before dying in a crazy dramatic way (in this sense, she is more like the modern youngster than she might think.)

But Maya (AKA Marguerite) had a  way to escape her tough circumstances- her love of books and writing, which kept her spirit strong and her mind sharp in the face of myriad staggering adversities. Through prejudice, sexual abuse, and eventually teen pregnancy, Maya not only survived, but slowly developed her sense of self and the belief that she and the African-American race deserved better than what they had been given.

Good writing is a prerequisite in an autobiography, but it also helps to have an interesting story that will grab the reader’s interest. ‘I Know Why the Caged Bird Sings’ has both. Angelou retreats so far into the mind of her younger self that the book seems free of Angelou’s adult beliefs and opinions. Sometimes it’s hard to figure out how she felt about a situation at the time she wrote the book. Maya Angelou has had a fascinating, though frequently tragic life, and the prose she incorporates into the book rolls off the tongue like sweet honey.

I found the author’s own personal feelings of self-hatred and worthlessness following her rape at age eight at the hands of her mother’s boyfriend particularly heart-wrenching. No one should ever have to feel guilty for a act of sexual violence done unto them. But I was thrilled when Mr. Freeman (the name of the bottom-feeding pederast in question) was rubbed out by Maya’s mafioso relatives. Sweet justice! Of course, it would have been better if the abuse hadn’t occurred at all, but the killing of the child rapist gave me pleasure in an mostly bleak and depressing book.

The racism portrayed within these pages is shocking (the white dentist achieving a particular low,) but it makes the reader think about how far we’ve come as a society. Nowadays if someone cared to indulge in a ‘jigaboo walks into a bar’ joke they would be greeted by most with moral outrage and unlaughing silence. Back then racism wasn’t just a mindset- it was a way of life. People had never considered that blacks could be anything more than their drastically inferior dark-skinned servants,  and in many places- including the South- thinking that there might be an alternative to prejudice and hate was all too much for these white hicks to take in.

The only thing I didn’t like about this book is that it ended far too abruptly. It concluded on a hopeful note, but at the same time it just kind of left me hanging. It’s funny, a lot of the behavior exhibited by Maya’s most well-regarded relatives would be considered child abuse by today’s standards.

She just kind of laughs countless whippings and frankly psychotic behavior (for instance her stuttering Uncle Willie  threatening to burn her and her brother Bailey on the stove) off, but nowadays that kind of acting out by unhinged grown-ups would now be followed by a visit by CPS. People talk about the ‘good old days,’ where kids were hard-working and respectful and everything was more wholesome, but were the old days really that great? This book, and others, answer my question with an emphatic no.

If you like kind of slow books that love each word onto paper, rather than simply writing them in the way of popular writers, you’ll adore Angelou’s precisely, and gorgeously written memoir. And, grim as it is, ‘I Know Why the Caged Bird Sings’ is not without it’s humor. “Preach it, Brother Thomas!” In the wake of Maya Angelou’s death the world lost a great literary voice. She brings barbed honesty and haunting lyricism into what could have been a standard coming-of-age narrative. 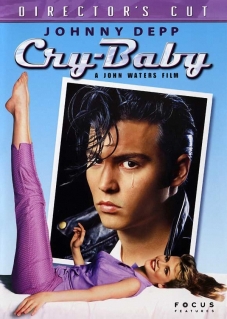 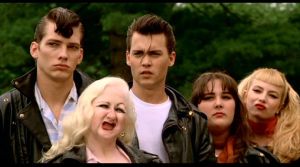