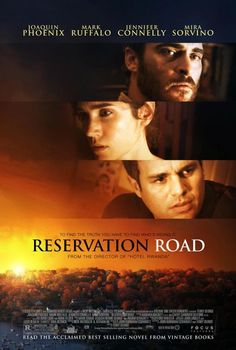 Rating: B-/ I’ll begin my review by saying this; people who rent this movie probably know what they’re getting. The acting is terrific all around, but the movie itself is overwrought, filled with shrieking and heated accusations. It gained my sympathies and tugged on my heartstrings, but I feel like it did it kind of dishonestly, if that makes sense; instead of being extraordinarily well-written or featuring interesting characters it jack-hammered it’s way into my heart by presenting me with lots and lots of showy displays of grief. The excellent actors are compensating for the fact that there isn’t much below the surface here. END_OF_DOCUMENT_TOKEN_TO_BE_REPLACED

Rating: B/ Filmmaker Maya Forbes’ heart tugging, affectionate autobiographical tale stars Mark Ruffalo as Cam, a perennial screw-up and the manic-depressive father of two little girls, Faith (Ashley Aufderheide) and Amelia ( Imogene Wolodarsky, the filmmaker’s own daughter.) When we first meet Cam, it is the winter of 1978, and he is in the midst of a manic episode, running around in the freezing cold in his skivvies and terrorizing his family, who then lock themselves in the car in fear. Later he is hospitalized and put on heavy medication that makes him shuffle, fat and complacent, around the halls of the mental hospital. END_OF_DOCUMENT_TOKEN_TO_BE_REPLACED 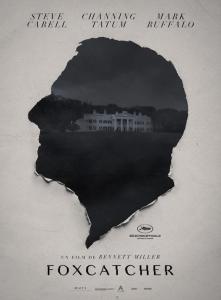 A grim psychological study of co-dependency and decompensation, “Foxcatcher” features two profoundly against-type performances from Hollywood A-listers.  Steve Carrell, star of light comedies like “Get Smart” and “The Office” and occasionally slightly darker fodder like “The Way, Way Back” and “Little Miss Sunshine,” portrays the real-life millionaire aristocrat John Du Pont, an exorbitantly rich man-child pressed under the thumb of a domineering mother (Vanessa Redgrave) and struggling with his own demons.

When Du Pont offers to endorse up and coming wrestler Mark Schultz (Channing Tatum, in another unusual performance,) it seems to Schultz, the strong, silent type, like a match made in heaven- at last he will make a name for himself and stop being regarded merely as an extension of his older brother Dave (Mark Ruffalo,) who also wrestles competitively. To the viewer, it seems weirdly abrupt… Du Pont spirits Schultz off to his mansion to and introduces him to ‘Team Foxcatcher,’ a group of fighters that Du Pont plans to shape into an unbeatable team and send to the nationals.

For a greasy, apparently limited individual, Du Pont sure can be a manipulative sonofabitch, and Carrell plays him with a mix of childish mania and snakelike bile. “Foxcatcher” is arresting in it’s build-up. You watch Carrell, muscles tensed, waiting for him to snap like a brittle branch, but up until the finale you are unsure of why you feel this way. Schultz has serious issues of his own, and anyone who dismissed Channing Tatum as a vacuous pretty boy  up until now will be wowed by his powerhouse performance.

I’ve never seen such duel performances exuding desperation since Olivia Colman and Peter Mullan in Paddy Considine’s “Tyrannosaur.” I couldn’t help see somewhat homoerotic overtones in the relationship between John Du Pont and Mark Schultz. The way Du Pont treats Schultz is reminiscent of an abusive marital relationship, with Du Pont manipulating Schultz with promises of greatness and cutting him off from the only person who loves him, his brother Dave.

The movie is sometimes reminiscent of Haneke in it’s minimalism (without the utter clinical iciness of Haneke’s films,) with a touch of Hitchcock by way of “Psycho,” but the story it tells is all too real. I ended up feeling for all the characters and despairing for their extreme loneliness.

I’m frankly surprised this film played at the theater; it doesn’t have near the mainstream appeal of something like “The Dark Knight Rises” or “Guardians of the Galaxy.” It’s the kind of movie that would probably barely get a release if not for the big names who agreed to play in it. Nonetheless, it is a must-watch for independent film fans and people who like think during a movie rather than just react to the obvious implications of what’s on screen.

Don’t watch “Foxcatcher” for the wrestling; there isn’t as much as a fan of the sport might like to think. Ultimately it’s almost as much about the death of the sport as it is about isolation and desperate circumstances. Watch the cage match at the end of the movie and you’ll see what I mean. “Foxcatcher” is a surprising movie with outstanding performances, and while it’s not a film you would, say, take your kid to, it’s very worthy of praise and deserves all the awards it gets.