Every day, untold millions of people will use the worldwide web to chat with friends, watch vines and videos, and reconnect with family. Whether Facebooking, Tweeting, or Skyping, most of these people will not see the truly bent side that sometimes lingers behind the web’s glossy facade. “Disconnect” is a movie featuring a trio of loosely interconnected stories casting the spotlight on three characters  who get a chance to experience the internet’s unsavory dark edges.

Cindy (Paula Patton) is a neglected wife who’s just suffered an unthinkable tragedy. Ben (Jonah Bobo) is an Emo teen who gets Catfished by two mocking schoolmates. Nina (Andrea Riseborough) is a reporter hungry for a story, who finds her pitch on the ‘net in a handsome male sex worker Kyle (Max Theirot.) All three people are, among other things, looking for a way to bond with their fellow man, but they all at once find themselves caught up in dysfunctional, emotionally hurtful situations.

In the wake of disaster, Ben’s father Rich (Jason Bateman) looks for the faceless perpetrator behind a devastating prank, while Cindy and her Ex-Marine husband Derek (Alexander Skarsgard) face a failing marriage and a potential identity thief (Michael Nyqvist.) Nina balances her desire for fame with her need for forgiveness, but when it comes to betrayal, how much can be forgiven? 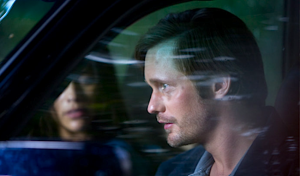 Sometimes didactic yet relevant, real, and so well acted, “Disconnect” might do for the vast, mysterious internet what “Psycho” did for showers. Just when you thought it was safe to log into a chatroom… The key element here, though, is not fear, but human tragedy. The cast is uniformly good, even Jonah Bobo as a bullying victim (the annoying little kid from “Zathura”- who knew!) and Alexander Skarsgard, known best as sexy vampire Eric, who- I must admit- was wooden as usual, but in this case his inert acting style fit the character.

The characters here aren’t super well-developed, but they’re portrayed with steady enough brush strokes that you find yourself liking and sympathizing with them. These are people you know. These are people you’ve chatted with, worked with, gone to school with, occupying a mundane and instantly identifiable world but fighting for their sanities, their reputations, even their very lives- their sufferings coldly recorded in the dark halls of cyberspace.

The message presented here is clear- the internet does not fill the void of a life half lived. Also, watch out, you never know who you’re sharing your secrets with in a chatroom or on a message board. It is implied by the three sad yet somewhat hopeful ‘stories’ that we are living in a society that barely notices each other, that passes over meaningful human interaction for conversations with people we’ll most likely never meet, who might not be who they say they are (unlike actual people, who are always %100 legit :P) It’s a message you might not agree with, but the movie is worth watching and pondering. 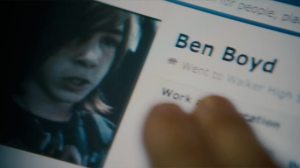 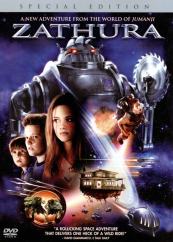 The first part of this film is the sad story of how divorced Dad Tim Robbins copes with his three bratty kids (He does commendably, better than I would.) The second part disposes of Robbins and takes a turn into pure ridiculousness, as his two sons Walter and Danny (played sloppily by Josh Hutcherson and Jonah Bobo) play a mysterious board game with magical properties (a la “Jumanji”), which proves to have unforeseen consequences.

The acting, save for Robbins’, is really bad, not only from Hutcherson and Bobo but also from Kristen Stewart, who plays the completely useless, gape-mouthed character of the boys’ older sister, and Dax Shepard as the astronaut who lands on their doorstep when — surprise! — the board game sends the little losers into deep space. The script is not much better, providing entertainment that is mediocre at best for anyone over the age of twelve.

Worse is the unlikablity of the characters, particularly Walter (Josh Hutcherson), a vile little twit who has a thoroughly unconvincing road to Damascus halfway through, becoming a better brother to little Danny. Only slightly better than Walter is Danny himself, annoyingly whiny and obnoxious.

Stewart fails to provide steady support as Lisa, while Shepard reads his lines like a man reading the instructions on a container of boxed macaroni and cheese. A twist occurs in the last act that proves to be moderately interesting, if underwhelming, but by that point it is too late to care.

My younger sister (age nine) liked this, though even she had to admit that the acting was pretty piss-poor. Maybe your younger kids will like this too, even the older ones if they lower their standards enough. But this is not imbued with family magic like “Up,” “Tangled,” or “Spirited Away,” and in this writer’s opinion is only worth watching if all your other DVDs are suddenly destroyed in a fire or sucked into a black hole. Avoid.