The  theme of the ‘wronged mama bear,’ where every mother’s worst fear is realized, stands as a common trope in horror and thriller films, and “The Tall Man” is no exception. This is better than “Flightplan,” thank God, and puts a new spin on the worn theme of the child being snatched from the arms of the protective parent. Above all, it sports a pretty wicked twist, one that is unpredictable without being totally out there or ludicrous.

I never would have picked up this movie if it weren’t for director Pascal Laugier’s previous film “Martyrs.” The trailer to “The Tall Man” looked to be in kind of lame standard thriller-ish territory, so I decided to avoid it. When I finally got to watching it, I was pleasantly surprised. This is a well written, directed, and acted movie.

Content-wise this isn’t even in the same ballpark as “Martyrs,” although I did see it got a nice ‘R’ rating from the MPAA. “The Tall Man” stars Jessica Biel as Julia, a nurse who seems to serve as a friend, neighbor, and basically a helping hand to everyone in the small town of Cold Rock, Washington. The children of Cold Rock are being abducted by a mysterious force known as the “The Tall Man,” disappearing without a trace and baffling the local police force. 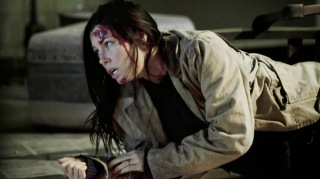 When David is taken from Julia, Julia will do anything to get the boy back. The cool thing about this movie is that it takes you one one way and then- *BAM*-it steers you in a completely different direction. I won’t tell you if the crimes of ‘The Tall Man’ are supernatural or not, because what would be the fun of that?

Suffice to say it’s fresh and exciting, Biel makes a adequate scream queen, and Jodelle Ferland is great as always. Jakob Davies (as the son) can’t really act and settles on being mildly perturbed, but give him time. The supporting cast is good too. Samantha Ferris and Colleen Wheeler, as the mother of one of the disappeared kids are the standouts.

One of the problems with the script is that Julia seems at parts to be too much of a ‘supermom.’ Between battling an attack dog and clinging to (and being dragged by) a abductor’s van, it’s a wonder this woman has the energy to get up in the morning. Altogether, though, this is a sadly underrated and overlooked horror/thriller. 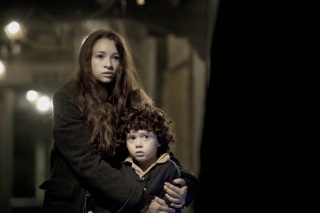