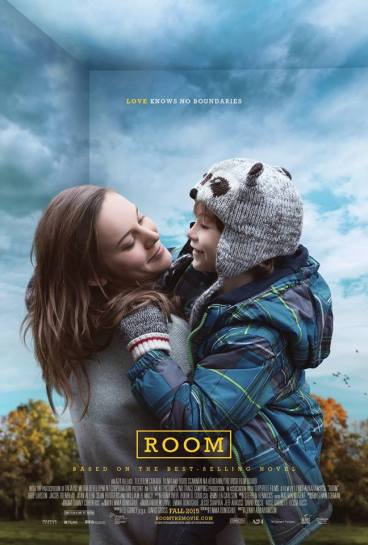 Rating: A-/ Room is a pleasant surprise; a film that lives up to the novel on which it was based. Most of this is due to the two fabulous leading performances, including some of the best child acting I’ve seen in ages by Jacob Tremblay, who plays Jack, the five year old protagonist. While Brie Larson, as Jack’s mother, nabbed a best leading actress Oscar for her role, I couldn’t help but think Tremblay should have gone home with one of those suckers. As my dad, who reluctantly saw this movie with my mom and I, said, “To Hell with Leonardo DiCaprio. Give this kid an Oscar!” END_OF_DOCUMENT_TOKEN_TO_BE_REPLACED 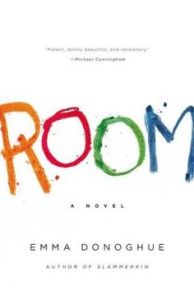 Resourceful youngster Jack is the dynamic protagonist of “Room,” a compelling offering from Irish writer Emma Donoghue. The initial premise of “Room” is at once heartbreaking and luridly fascinating- 5-year-old Jack and his mother, known merely as “Ma” for the duration of the novel, are prisoners at the hands of “Old Nick,” the psycho pervert who abducted Ma when she was a freshman in college. Jack has never left the small shed where he lives with his mother and is visited nightly by old Nick. who continually violates Ma while Jack hides in the wardrobe.

Despite his potentially traumatic upbringing (he has never come into contact with another person and believes that the outside world he sees on the television is imaginary,) Jack is sustained by his Mom’s love and manages to be innocent to most of the more horrific implications of his life. He has had a troubled childhood, but possesses a soul both intrinsically healthy and capable of giving and receiving love.

The dynamics shift when Ma starts having a reason to believe that her and Jack’s lives are in danger, and in her desperation,  she calls upon Jack to help carry out a daring escape plan. “Room” is narrated by Jack, who believes in the sentience of inanimate objects. Because of this and Jack’s youth, the book is written in fragmented, often confusing phrases. If you can handle the broken English, however, “Room” is a arresting and heart-pounding piece of fiction.

Emma Donoghue has a way of making potentially horrifying subject matter beautiful rather than sleazy. “Room” reminds me of “The Lovely Bones” in that way, treating the subject with lyricism and compassion rather than ickiness and shock value. I found Jack’s voice to be mostly plausible, with very few exceptions. There were only a couple of moments where I felt he was too precocious for a young child of his situation and the prose tipped me off that it was merely an adult telling the story.

Ma’s the truly remarkable character in this novel though. Building a life for her son under horrendous circumstances could not have been an easy feat, and Ma loves the child of her abductor with an intensity and devotion that is inspirational, to say the lest (although I never expect to find myself in that kind of situation.) Only in the scene where Ma is being interviewed on the talk show does the book get a bit preachy.

Mostly, though, it is Jack’s strong and idiosyncratic voice that propels “Room” beyond general ‘ripped-from-the-headlines’ fodder. Grappling with issues of motherhood and media sensationalism,  “Room” is a profound and heart-grabbing read.