There are no words to describe how fucked-up this movie is. I have not seen “A Serbian Film,” which is supposed to make “Martyrs” look tame in comparison, but I truly do not know how it’s going to top this. I’ve seen “Antichrist,” “The Human Centipede II,” “American Mary,” but nothing like this. This movie is spirtually and physically sickening, which is exactly how the filmmaker,Pascal Laugier, intended it.

Okay, I’m probably just riling up you gorehounds, so I’ll cut to the chase. To say that this movie is nauseating is not to say it’s bad. It’s actually very well-made and well-acted from start to finish. Actress Mylène Jampanoï does a great job as the frightened victim turned infuriated perpetrator, and Morjana Alaoui is also terrific as her enamored friend.

Maybe comparing the premise of this movie with current class issues is a long shot, but damn it, it sounded smart to me at the time. Lucie is inexplicably held prisoner as a child and subjected to physical pain. Young Lucie (Jessie Pham, in a performance worthy of her grown-up counterpart,) runs away and ends up in an orphanage, where she meets Anna (played as a child by Erika Scott) and forges a close bond.

Anna seems determined to help Lucie no matter what squirrels reside in her attic and continues to be a faithful friend and companion when Lucie grows up and, P.O.-ed and dangerous, takes a shotgun to a couple she believes participated in her torture and their teenaged children. 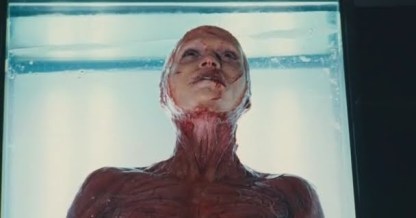 This movie is super brutal and fairly realistic, and establishes itself as such in the home invasion scene. Unlike a American movie, Lucie runs out of shotgun shells and needs to reload, and the reaction of the family radiates terror, but perhaps, not surprise. The movie a sick (let me rephrase that- sicker) turn after Anna is captured by Lucie’s tormenters.

The ending is a ‘What the Hell?’ moment and will leave you thinking about what it all means. The cinematography is very professional and overall well-done. The scenes involving Anna’s entrapment last a little too long, frankly. How many times can we watch a woman be smacked around and degraded when it doesn’t advance the plot?

The movie makes the decision to focus on young Lucie rather than her captors in the flashbacks, which is a good cinematic choice considering Lucie is traumatized by the experiences and initially doesn’t remember her victimizers. In many of the later scenes with Anna, we see her abusers very clearly, constrasting with with the earlier scenes with Lucie.

I thought this was a very well-made movie, but only watchable for people with very strong stomachs. It’s not a popcorn movie, and neither does it intend to be. I liked it, but I don’t think I could watch it again anytime soon. 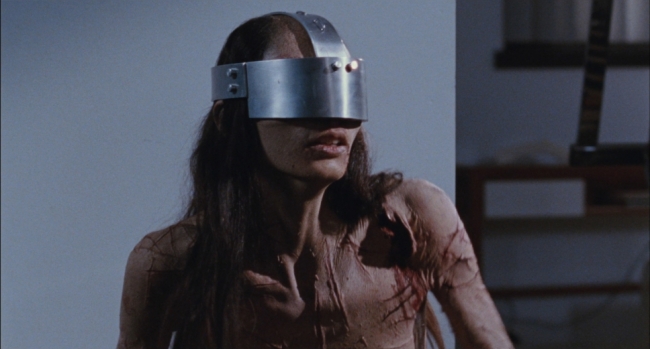