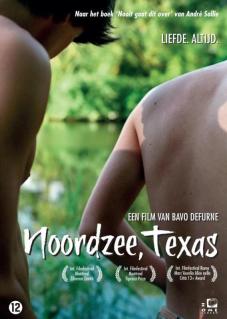 Back in the 50’s and 60’s, any movie that dealt with gay themes was radical and ahead of its time. A GLBT film didn’t have to be insightful or even particularly good — the filmmaker was risking his credibility and his career just putting himself (or herself) out there.

Now, however, things have changed, with entire gay film companies making movies available at the click of a button. Directors of these movies must not merely be willing to make movies — they must be the best they can be, and no less. Movies about the gay experience are in high demand, and makers and distributors of these films don’t need to be afraid anymore.

There have been some extraordinary films made about gay issues the last few years- “Weekend,” “Tomboy,” “Pariah,” and “Gun Hill Road,” to name of few … and  Belgian filmmaker Bavo Defurne’s “North Sea Texas” has garnered some acclaim. Unfortunately, “North Sea Texas” is a disappointment, marred by uninteresting characters and a rushed pace.

Pim (Jelle Florizoone), a pixyish, and disturbingly, often meagerly clothed teenage boy, is first seen played by Ben Van den Heuvel as a child, putting on a sash and a tiara for his own enjoyment. The son of a irresponsible mother (Eva van der Gucht) and a father who has long been out of the picture, Pim longs to escape is dull life. Mom is a frequent visitor of the Texas tavern, where she and her boyfriend get liquored up.

When Gino breaks Pim’s heart and leaves, a love triangle develops between Pim, his mom, and handsome Gypsy Zoltan (Thomas Coumans). But Pim’s trials are not over, and his painful experiences lead to a eventual reconciliation.

I never really cared about Pim or any of the other characters — I guess that was one of the main problems with this film. Pim was nothing special — just your average soft, sensitive gay boy with a affinity for walking around unclothed. His apparent youth made his sexualization at the hands of the filmmaker seem somewhat skeevy.

Gino was a unsatisfying romantic interest who was willing to betray Pim just to go “Yeah, I’m straight” to the rest of the world. I didn’t like him either. Sabrina was okay, but she was a bit of a whiny busybody brat. I mean, who just goes into a person’s and starts browsing through papers?

The only things I liked about “North Sea Texas” were the decision to cast a fat person as Pim’s mother, Pim’s performance, and the scene at the end where Pim and Sabrina come to a silent truce. Otherwise, the movie was startlingly mediocre, and I hope you’ll take a pass on this one in order to watch a more worthy likewise-themed movie. 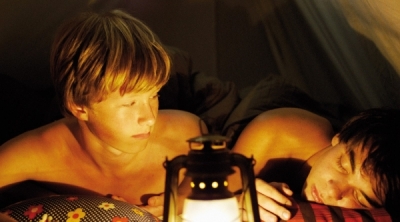