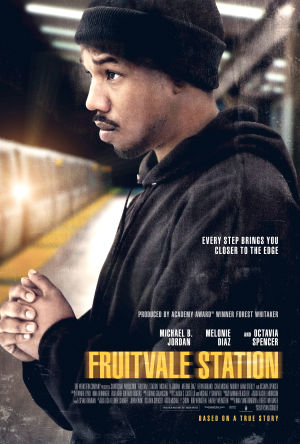 Rating: A-/ I have extremely mixed feelings about the Black Lives Matter movement and the all-around virulent attitude toward law enforcement officers over the past few years (my dad has been a cop for as long as I can remember, and I think the political climate toward police, most of which are not racially biased and have never shot anyone in their life, has become extremely hostile and the media machine is not only feeding into things more than is honestly necessary, but actually making everything worse.)

I believe there is certainly a problem in this country with people who really shouldn’t be handed a gun and a badge killing young men who shouldn’t have been killed, but the general attitude over the last few years is that if you’re a cop, chances are you’re a racist asshole who likes to play target practice with unarmed black men. So I’ll admit that due to my upbringing I’m inclined to give the police the benefit of a doubt about these things, and perhaps that’s wrong.

If I were black, or had more insight into these cases, maybe I’d feel differently. However, despite my wariness of reading books or watching movies on police brutality, being officially tuckered out and depressed by the subject, I really wanted to see Fruitvale Station. I finally watched it the other day, and I thought it was an extremely fair-minded presentation of the subject. You never got the feeling that director Ryan Coogler was pushing his political views in our face or that he was taking a black-and-white stance of the whole race relation issue (pun not intended, ha-ha.)

Some would call it a message movie, but I didn’t even see it that way. It just felt very, very real, and I can certainly see why Michael B. Jordan got so much positive press for this movie. He, and the whole cast, was excellent. You could really feel the commitment to this role. Fruitvale Station is one of the only American films about violence that I found so true to life that it was hard to watch at times. For me, hyper realism in film seems mostly reserved for European cinema.

American movies are too glossy, too stylized. They try to send a big message and lose their sense of genuineness in the process. They trivialize or dramatize violence to the point where it can no longer be taken seriously. Writer/director Ryan Coogler had the tricky job or dramatizing a real-life story and not exploiting or underplaying the complexity of the subject matter.

I think serious film fans will see the value in this small, powerful movie. People who go into the film bitching and moaning because they aren’t up for seeing a film about police brutality in the first place and have already made up their mind about the case will probably hate it. People who dislike small movies because they need something to be happening every minute should probably skip it. Of course, I review a lot of films that adults with the attention spans of toddlers should pass on. This is strictly a day in the life of a young black man named Oscar Grant (Michael B. Jordan) who’s trying to stay out of trouble and get his shit together for his family. The catch? It also happens to be his last day.

Oscar is a complex guy who spent some time in prison for drugs and has a pretty volatile temper. He has a young daughter (Ariana Neal) with his girlfriend Sophina (Melonie Diaz) and he loves that kid. They don’t have a lot of money, but they work with what they have and Oscar is trying to stay out of trouble and get his life back in order. On  New Years Eve of 2008, which is also his mom Wanda (Octavia Spencer)’s birthday, Oscar gets up like every other day and goes about business as usual. He tries to get his job at the grocery store back, plays with his daughter, and comforts a dying dog that has been struck by a car.

In these scenes, we see a more complete picture of a man often dismissed as a stereotype; a young black guy with a history of run-ins with the law and a sketchy past. We see his good qualities and his bad, often battling for supremacy, not too differently than they do with anyone else. The proverbial angel and the devil on the shoulder. However, it’s his impulsivity and quickness to anger than ultimately gets him into it with the police and leads to his death.

I think the scene where Oscar and his friends get into an altercation with the police should be shown to rookies training for law enforcement to exhibit how a situation can escalate to a certain point when neither civilians or police manage to stay calm. The conclusion puts you in a place where you can both feel for Oscar and his family and understand how the police could lose control of the situation the way they did and make an impulsive, and ultimately fatal, decision. Fruitvale Station is hard on the heart and tough to watch at times, but it is an important movie with a star-making performance by Michael B. Jordan. 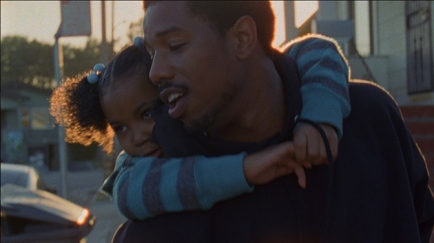