Rating: B-/ Oculus is unusual in that it manages to employ just about every horror cliche in the book at some point but still winds up being a pretty decent watch, due to it’s more innovative moments and occasional flashes of brilliance. Eleven years ago, Kaylie (Karen Gillian) and Tim (Brenton Thwaites) father (Rory Cochrane) committed a brutal crime due to an apparent psychological imbalance. Cut to present day, and Kaylie is determined that the shattering act of violence was not caused by her dad’s inner demons but instead a haunted mirror that the family bought shortly before their problems began, an artifact that seems to devastate the lives of anyone it comes into contact with.

After Tim comes home from a mental hospital where he’s been since childhood, for reasons that are initially unclear but undoubtedly linked to his father’s breakdown, Kaylie enlists his help destroying the malevolent spirit, Marisol, who lives inside the mirror and consumed their father’s soul so completely. Tim is skeptical about the supernatural element to the family tragedy, to say the least, but he sticks around while his sister tries to conjure Marisol and ultimately destroy her. Can anybody else see that this is not a good idea? Unfortunately, Marisol isn’t going down without a fight, and Tim and Kaylie get a lot more than they bargained for battling this conniving and utterly remorseless entity.

The most interesting thing about this movie is that it primarily incorporates only one set throughout it’s duration, split over two timelines. Karen Gillian (of Doctor Who fame) is excellent as the determined and slightly off-kilter Kaylie; unfortunately Brenton Thwaites is mindbogglingly flat as her younger brother. It’s pretty bad when the ten-year-old version of Tim does 100% times better job than his adult counterpart. There are some creepy moments, not scary per se, and although Oculus borrows from a lot of other horror movies (particularly The Shining) it still manages to tell a surprising and entertaining yarn.

There’s substantial pay-off in the gore department, and the kids who play young Kaylie and Tim do great jobs in their respective roles. The plot got a little convoluted near the end, and left me with more questions than it actually answered, though I liked the way the timelines merge at the films conclusion. If you like wibbily-wobbly-timey-wimey stuff like that (I’m sorry, you didn’t actually expect me to go through this review without making a Doctor Who reference?) you will like the creative direction this film goes in.

Although ultimately the filmmaker tries to tackle too much at once, rendering the results a trifle unsatisfying and the leading man could use some acting lessons, Oculus is, if nothing else, a entertainingly creepy way to spend a lazy afternoon on your sofa. I’m not going to pretend it’s the most original horror movie of all time, nor the scariest, but it contains some good performances and a few shocking and nerve wracking moments, plus a plot that will seem eerily credible if you’re one of those folks who believes in haunted objects (although hopefully you are not one of the ones stupid enough to try to buy a demon-possessed doll on eBay.) Between this movie and Hush,  writer/director Mike Flanagan is carving out a decent name for himself in the horror industry, and I have high hopes for his future projects. 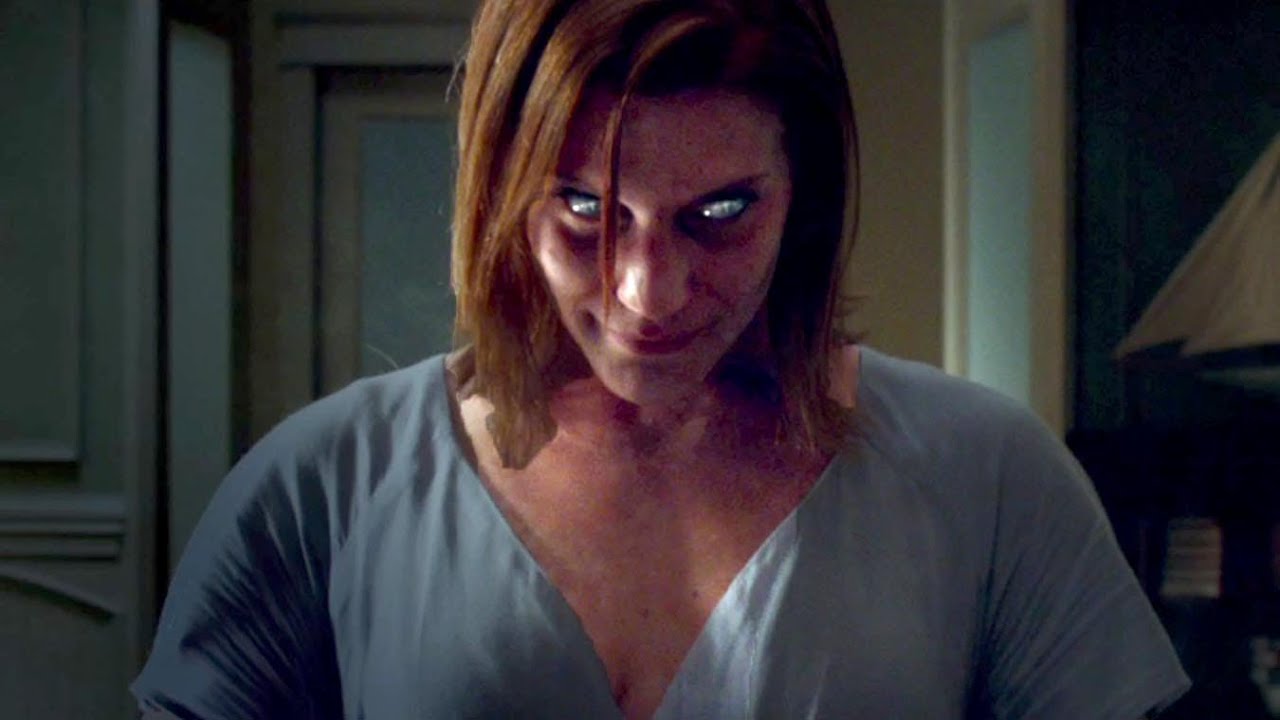