Old houses are evil. But if I owned a mansion as nice as the one George C. Scott has in this movie, I’d take a chance on the vengeful child spirit. Scott plays John Russell, an unflappable musical composer coping with the unexpected death of his daughter (Michelle Martin) and wife (Jean Marsh.) Russell moves into a gorgeous old house intent on doing some work on his music and attempting to move on from his loss, but before you can say “I ain’t afraid of no ghosts” strange and eerie things start happening in the mansion. Largely unperturbed, and aided by lady friend and love interest Claire Norman (Scott’s real-life wife, Trish Van Devere,) John decides to investigate.

I won’t go into who haunts the house or why, because it would cheat you out of the experience of seeing the movie and finding out for yourself, but I will say The Changeling is an eerie (a bit too dated to be truly frightening) horror classic with a great deal of mystery. The best part was when John Russell finds a secret passage behind a wooden shelf in his closet that leads to a hidden room. That meant a great deal to me, because when I was a youngster I used to spend vast expanses of time searching for hidden panels and doors in my a hundred-year-old but strangely unexceptional home (I might have also been looking for a wormhole to Narnia, but let’s not focus on my childhood obsessions.)

The characters were a bit underdeveloped (John being weirdly nonreactive to the supernatural mayhem around him while Claire plays the role of the typical classic heroine, shrieking and fretting constantly until you want to tell her if she can’t deal with a little ghostly hi jinks, she needn’t get involved at all.) John’s motivations actually make a lot of sense; as a recently bereaved husband and father a suggestion of life after death should be a relief to him. He’s already experienced so much grief, more than he lets on, why should the spooky antics of a spirit not at rest break him? However, although George C. Scott does an amazing job balancing stoicism and unfathomable grief, his character left me a little cold. And I had no use for Van Devere’s shrieking woman in peril, who falls in little flat from the perspective of someone who has seen so many bad-ass women portrayed in movies, or at least women with something to do in the script except wail and tremble in abject terror. 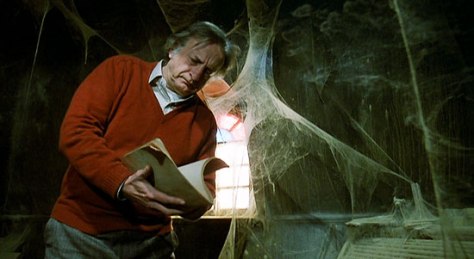 That said, I really do like The Changeling. It’s a classical ghost story with a lot of atmosphere; no gore or lurid shocks to be seen. If you like movies like The Others with Nicole Kidman (one of my favorites, and superior in many ways to the much-hyped The Sixth Sense,) you’ll like this.  I love that The Others in all likelihood borrowed the character idea of a elderly caretaker named Mr. Tuttle, a homage that none but the most perceptive horror fans will probably  catch. Although I feel sorry in a way for the wronged spirit, just a boy at the time of his death, I thought he acted a little harshly in punishing the senator (Melvyn Douglas,) indirectly related to his murder but still the only remaining opportunity to get revenge on a living person.

I really felt for Melvyn Douglas’ character, who discovers something no one should have to learn about their much-loved father. While Douglas is the ‘changeling’ of the title, he’s not as much a perpetrator as a fellow unfortunate who was nevertheless lucky enough to live to a ripe old age and achieve success, while the spirit languished and limbo and allowed his hate to grow.

The Changeling isn’t really a horror movie of a keep-you-up-all-night variety, it’s low-key and dated and in  all actuality not terribly scary. On the other hand, if you like murder mysteries that will keep you guessing and that incorporate a creepy supernatural element, this movie is for you. It takes a somewhat old soul or fan of older horror to appreciate this; it isn’t for those that crave instant gratification or get impatient easily. It’s a mood piece, graced by the formidable presence of George C. Scott. But it will survive when the majority of modern fright flicks are forgotten in junkyards somewhere. 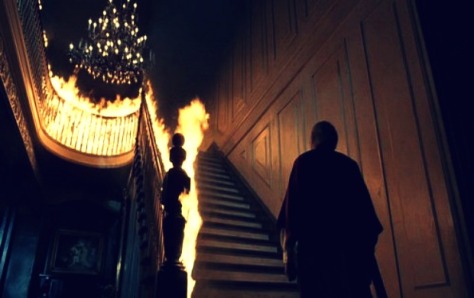