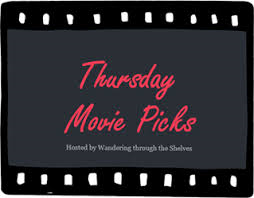 My first emotional scene was a musical sequence in a Disney Sing-a-Long Songs Video (this particular song being from “Beauty and the Beast”) where the villain, Gaston, shoots a bird right out of the air and his toadie (can’t remember his name) catches it in a bag. I was so heartbroken for that bird that I hid my VHS tape and swore not to speak of it or think about it again- out of sight, out of mind, right? I like to think I’ve toughened up since then, though I’m still a big marshmallow at heart. 🙂 Here are my picks… 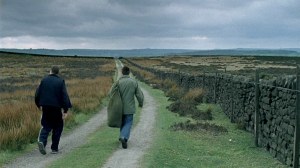 “Dead Man’s Shoes” is more than a mere revenge flick. It’s a contemplative and extremely dark study of guilt, violence, and familial responsibility that hits the viewer hard throughout, but the real gut-punch is the ending. Richard’s admission of lifelong ambivalence and even embarrassment toward his developmentally disabled brother and his self-loathing and shame is wrenching. One thing for sure, this movie doesn’t end the way you’d expect it to- not with a gleefully bloody act of vengeance, but with tragedy. 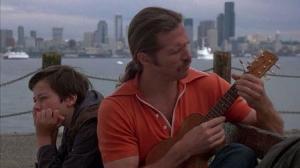 I’m pretty sure “American Heart” was the first movie to make me cry in a long, long time. It’s one of those movies where shit goes down in the worst possible way, which is a shame, because you care about these characters (even Jeff Bridges, who for all intents and purposes is a terrible father.) You’re left thinking what is this kid going to do now that his tenuous grip on a better future has been ripped from him? Tom Waits has a naturally sorrowful sound, so ending the movie with a song by him seems a fitting way to finish.

3. The Living and the Dead (Directed by Simon Rumley) 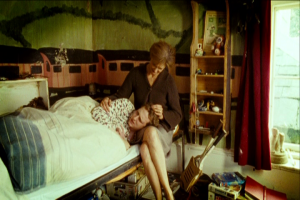 It’s no secret I have quite a complex relationship with this movie. How can a film be so uneven, yet so hypnotic in it’s disturbing psychological horror? As the mentally challenged James (Leo Bill) loses his tenuous grip on reality, he destroys the lives of those closest to him. The circumstances under which he ends his life make me shiver even seven years after seeing this film for the first time. The fact that I found myself sympathizing with him despite his volatile idiocy made it even harder to watch. I think this is what mentally ill people really fear- losing it to the point where they’re a burden or even a danger to their loved ones. This movie incorporates that fear to chilling effect.

4. Dancer in the Dark (Directed by Lars Von Trier)

Ah, Von Trier. All his movies are depressing as fuck. It was between this and “Breaking the Waves,” but someone had already chose that cheerfest and hey, at least Bess goes to heaven at the end after suffering and degrading herself for 2+  hours. Selma (Bjork) is just left hanging there in one of the most nihilistic film endings ever. Her screaming and begging as she is prepared to be executed will rape your soul a little. So it will come to you as a bit of a shock that the clit snip in “Antichrist” will ALMOST leave you nostalgic for the early Von Trier.

5. The Wrestler (Directed by Darren Aronofsky) 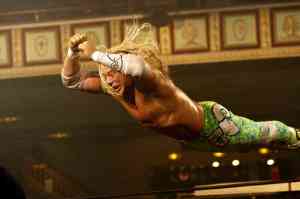 What do you do when your friends are all gone and you’re utterly alone in an uncaring world? Do what you love, even if it kills you. So that’s what affable loser Randy Robinson (Mickey Rourke) does, which is awful for us (the viewer) because Randy is a character you really grow to like, despite his tendency to bungle damn near everything in his life. “Requiem for a Dream” (also by Aronofsky) is a good candidate for this list too, but it was actually quite over-the-top (and already picked for this particular blog-a-thon) so “The Wrestler” it is.